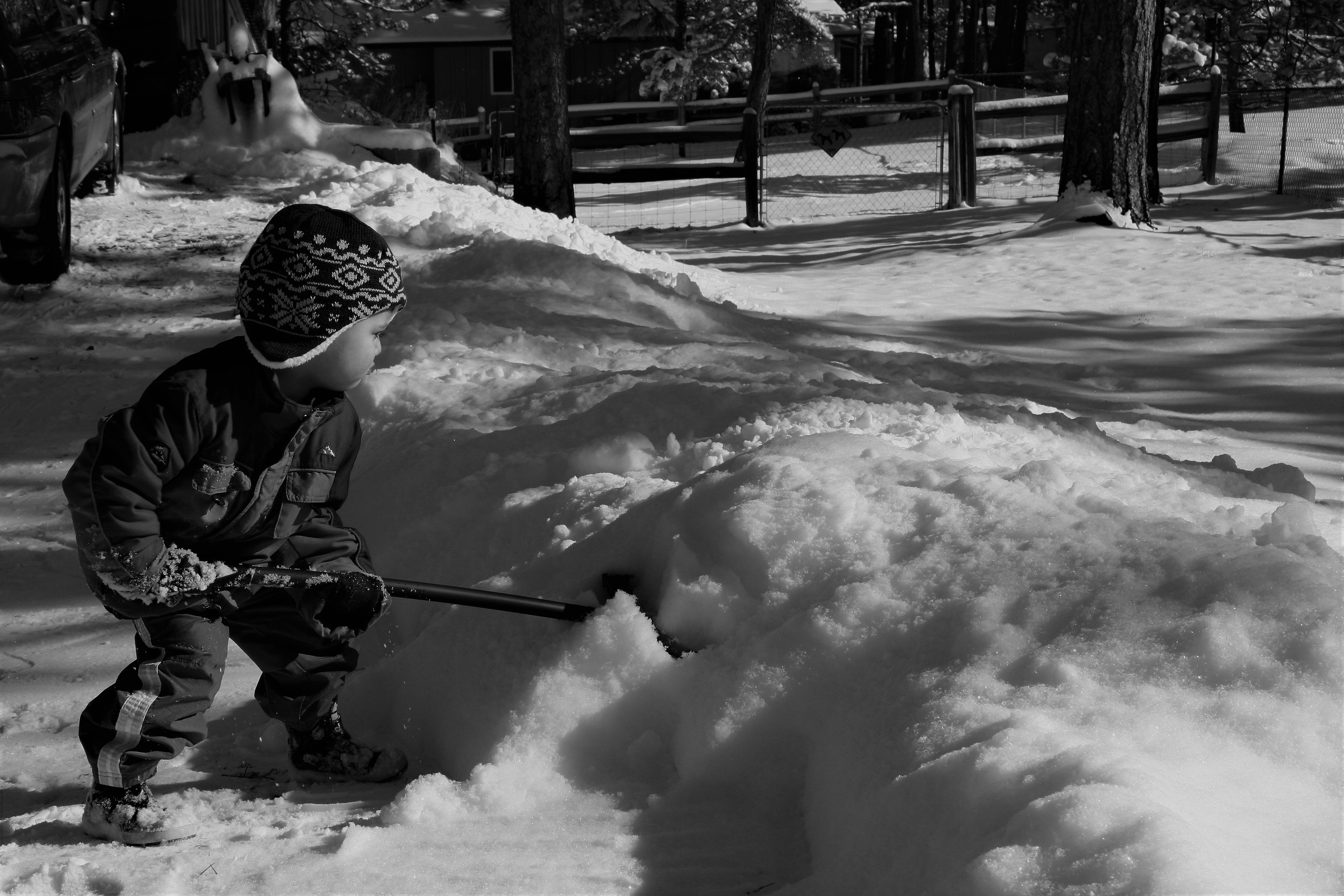 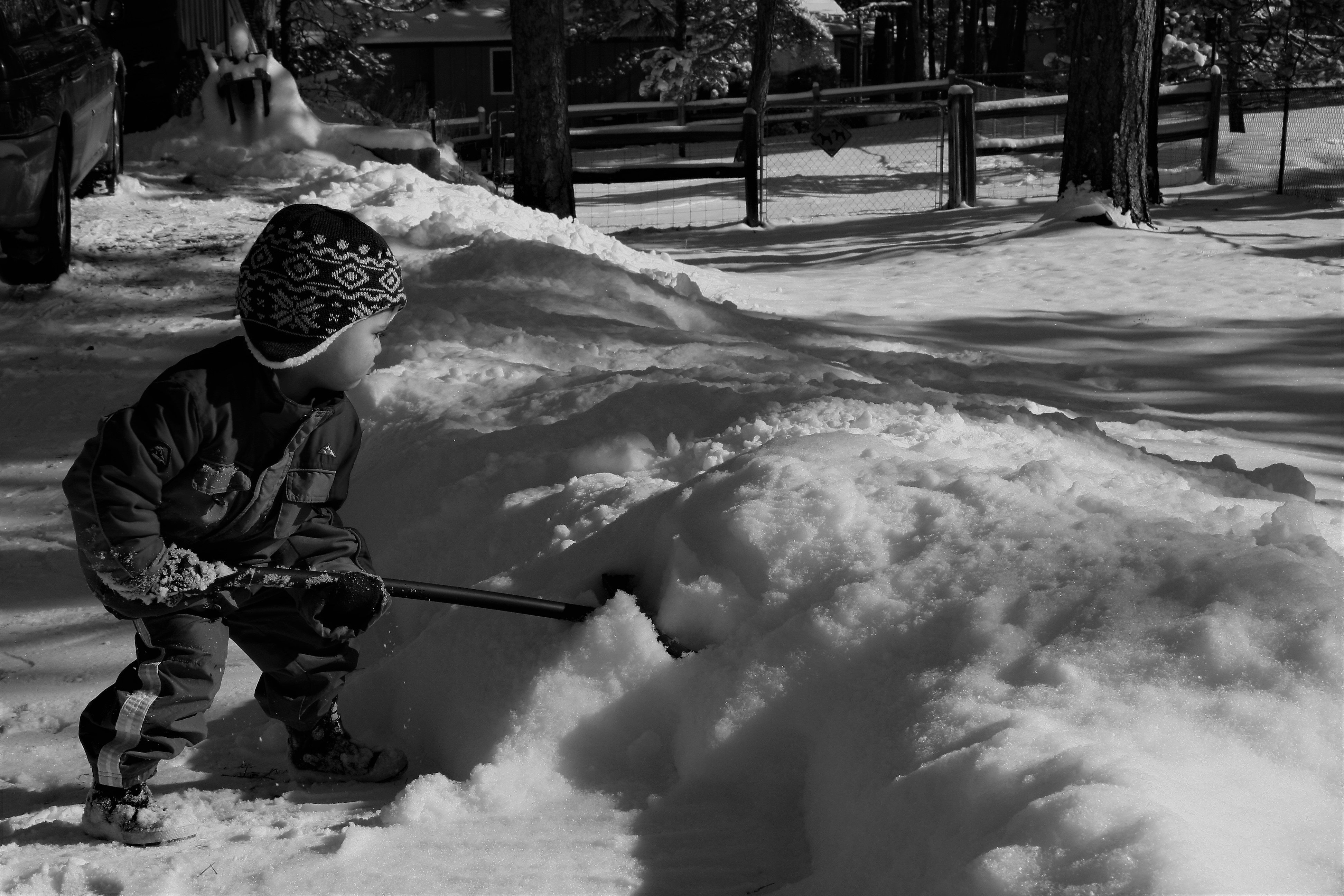 An unfortunate environmentally damaging, but popular, practice every winter is to disperse rock salt (or sodium chloride) over driveways and sidewalks to melt ice. It's a cheap, speedy method...but at what "price"?

The Problem Of Rock Salt Pollution:

If you live in a place that has lots of snow and ice in the winter, then you have probably seen the highway department spreading salt on the road to melt the ice.­ You may have also used salt on ice when making home-made ice cream. Salt lowers the freezing/melting point of water, so in both cases the idea is to take advantage of the lower melting point.

On a roadway, this means that if you sprinkle salt on the ice, you can melt it. The salt dissolves into the liquid water in the ice and lowers its freezing point.

In the short-term, the use of rock salt keeps roads and cities up and running after a blizzard and has been shown to reduce vehicular accidents by as much as 87%. But in the long view, its widespread use has a dreadful environmental impact. Each year, around 22 million tons of rock salt is dumped on roads and sidewalks in the U.S.

But, the question is. Where does this salt go?

After it is spread on the roads, rock salt eventually dissolves and splits up into chloride and sodium ions. Carried to streams, lakes, and rivers, via surface runoff while also seeping into the earth’s groundwater supply, it increases the salt concentration of fresh water sources and accumulates steadily over time. Every spring, after a big thaw, the concentration of salt in fresh water spikes to around one third of the salt levels found in the ocean.

The fear of this method is that scientist predict, with continued use, any freshwater sources in the northeastern United States would no longer be safe for human/animal consumption.

A study on pond-breeding amphibians (specifically salamanders and frogs), published in April 2008 in Ecological Society Of America, found that "road salt travels as far as 172 meters from the highways and into the wetlands, reducing the number of eggs laid and the survival rates at the egg and larval stage." Relating to the Earth, road salt kills off trees, plants, birds and has the potential to disrupt organisms' natural environment and food supply.

When salt accumulates in the soil, it interferes with a plant’s ability to absorb nutrients. Sodium reduces the uptake of water, potassium, calcium, and magnesium – all vital elements for plant growth. Brown patches on the lawn and stunted plants in the garden are telltale signs of salty soil.

Sodium chloride is extremely damaging and corrosive.  It is known to cause rust on vehicles and "eat away" at bridges, concrete structures and cracked paved surfaces. Less severe, it is known for inevitable permanent marks on boots, pants, and jackets or other outside clothing that it may come in contact with.

Rock salt is also an irritant. Cats and dogs are often subjected to painful burning, inflammation, and cracked pads after walking on treated surfaces. If not washed off right away, pets can ingest it by licking their paws. Symptoms of exposure and ingestion of road salt include salivation, diarrhea, vomiting, excessive water loss, and seizures. In extreme cases, if consumed in large quantities,it can lead to hypernatremias (a fancy way of saying salt poisoning), which can ultimately lead to death in animals.

Local governments take up the majority of road salt use, but the good news is that many municipalities across the country are seeking out more earth-friendly solutions to the sodium chloride problem!

The ultimate goal would to be stop using road salt all together, but in the meantime, individuals and business owners can fight icy sidewalks and driveways, by choosing greener alternatives:

A simple, free product from the fireplace, wood ash contains potassium salts which helps melt snow, and provide a bit of traction, in moderate conditions. Since ash is darker in color, it will absorb the heat of the sun. Though it won’t work as quickly as rock salt, wood ash is a much gentler salt that won’t harm your plants, animals, or paved surfaces.

Alfalfa Meal is an all natural fertilizer made from fermented alfalfa plants. Alfalfa meal's grainy texture will add some traction and the nitrogen will work as a de-icer. Because it is longer lasting than sodium chloride, you need only use it sparingly on snowy surfaces and should be careful not to add to the effects of algal bloom in our freshwater.

The nitrogen and acids in coffee grounds can help melt ice and snow while adding extra grip. The dark color also means you’ll get attraction from the sun aiding in additional melting.

Place plastic tarps on high-traffic surfaces (such as door entries, pathways, and the distance between your car and your home) just before the storm rolls in. Depending on the amount of snowfall, shovel it off or shake out the tarp before it gets the chance to freeze up.

Many municipalities are mixing sugar beet juice with rock salt to enhance the ice melting effects of sodium chloride. But sugar beet juice can be used all on its own for small-scale applications around the home. Effective to a temperature of minus 13°F, the sugars present in beet juice lower the freezing point of water so it can be applied to surfaces ahead of a blizzard to prevent snow and ice from accumulating.

Transfer this solution to a spray bottle. The ice should break up right away and make shoveling so much easier.

Unless the icy build-up is a real hazard, in most cases just adding grit to snowy surfaces will provide the traction you need to safely get from point A to point B. Try laying down some sand, gravel, or birdseed to give walkways more traction. Avoid using clay based kitty litters though, since it will turn into watery sludge once it comes in contact with moisture and make the ground even more slippery than it was before.

By mixing equivalent amounts of vinegar and water you can produce a less potent deicer. If the ice is very thick combine 40 percent water and 60 percent vinegar. Pour the mixture on iced surfaces and ice will slowly turn to liquid.

Once the ice has already melted using these simple items, make sure that shovel snow immediately after snow storm to prevent it from forming into hard ice. This way, you can get away from dealing with slippery and dangerous path for you and your family’s safety.

Let's face it, typically, no one exactly enjoys going out and shoveling their driveway or walkways, but simply shoveling away the snow after a storm will prevent the need for extra ice melting treatments. Make it easy on yourself this year by spraying the shovel blade with cooking oil! This will stop snow and ice from sticking while you work and make your time outside go by so much faster!

Want to learn more? Click below to take advantage of the latest offer from Winter® Equipment!

It’s snowing and you’re worried about how you’re going to make it to work, school, and your...
Read More

Join us in Indianapolis May 6-9, 2018 for the APWA North American Snow Conference. We’ll be ready...
Read More

The Easiest Way to Reduce Your Salt Usage This Winter

Since the 1940s, U.S. road maintenance departments have been spreading salt on streets and...
Read More